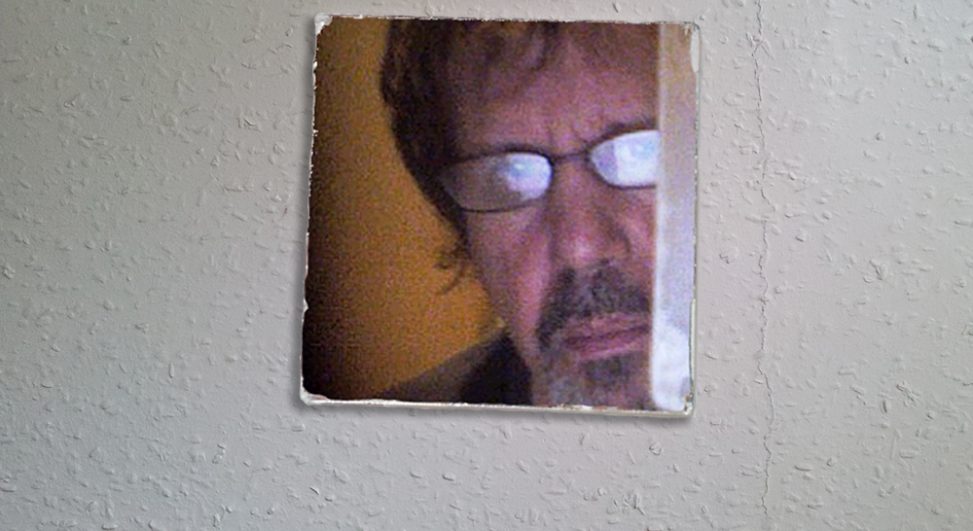 Maybe you haven’t heard of Alan Zweig. Although well known and respected in his native Canada, his films have not, as he says, “travelled”.
However, chances are pretty good that you’ve seen Vinyl, that film about record collecting where there is a lot of talk about everything but record collecting.

The short version of Alan’s story is this:
He started making films 3 and a half decades ago, looking to make narrative cinema in the mould of his heroes such as John Cassavetes. For the first 20 or so years of that time, he made 3 short films  and a feature. Noone saw them.
Mostly though, Alan found himself skirting the fringes of the Canadian film industry, working as a driver, driving on film sets…
He calls this part of his life, 20 years of it, a failure.

But then, in his mid 40s, and as a last roll of the dice, he made an documentary that, on the surface at least, was about record collecting.
Vinyl looks rough, low budget, with seemingly little attention paid to visual flair. It is composed mostly of interviews. There are jump-cuts galore, and almost non-stop background music.
That film DID find an audience.
And with that, Alan found himself a documentary film maker, and a storyteller with a unique voice.

Alan followed up Vinyl with I, Curmudgeon and Lovable, further exploring elements of his own psyche through the multi interview format. Those three films form what Alan calls his Mirror Trilogy.

He has since directed four more documentary features, all of them well received.
His fourth, A Hard Name, explored the lives of middle aged ex-cons, and won the 2010 Canadian Genie  Award for best documentary.
The uplifting 15 Reasons To Live might be a reaction to his recent fatherhood, while When Jews Were  Funny proposes to be an inquiry into Jewish humour, but would not be out of place next to the Mirror Trilogy. When Jews Were Funny went on to win the 2013 Toronto International Film Festival award for  Best Canadian Feature Film.
His most recent film, Hurt, explores the story of Steve Fonyo, a one time Canadian hero who has fallen on hard times. Hurt won the Platform Prize at the 2015 Toronto International Film Festival and Best Documentary at the 2016 Canadian Screen Awards.

Alan says that his wilderness years were a failure. Another perspective would be that they were a gestation period, a time he needed to work through to find his own voice, to bloom.

I spoke to him recently, on what the Canadian Prime Minister dubbed The Tragically Hip Day, a day marked to honour the final concert of the band that have become a Canadian institution, but, like Alan, have also not quite broken outside their home country.

Music: For Land For Love For Time (Instrumental) and Piano Hymn (Instrumental), by Weinland, from Breaks In The Sun Instrumentals.
Photo: Courtesy of Alan Zweig.